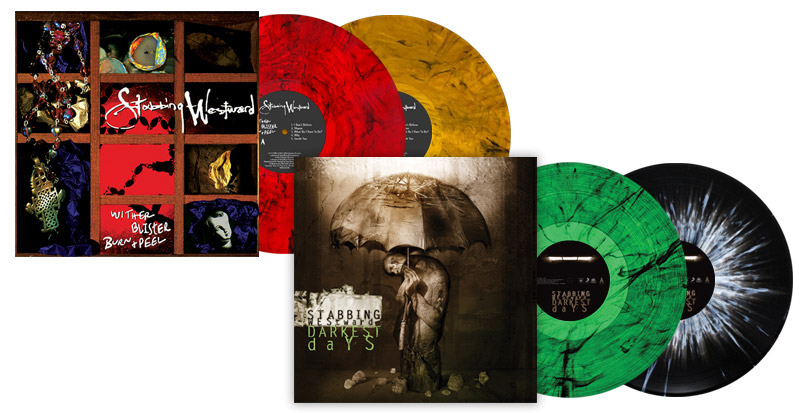 The mid 90s can be looked at as a blackhole when it comes to vinyl releases, and textbook examples are Stabbing Westward’s ‘Wither Blister Burn + Peel’ and follow up ‘Darkest Days’ – now being released on vinyl for the first time via Wargod, over two decades after their initial release dates on Columbia / Sony.

Both releases are now available for pre-order. 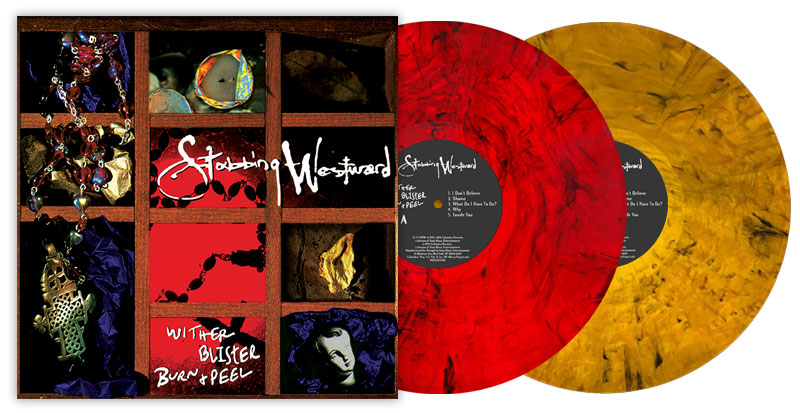 ‘Wither’ is without question when Stabbing Westward came into their own – perfecting a mixture of industrial rock, alternative and grunge, lead by Christopher’s Hall’s soaring vocals and darkly vulnerable lyrics. It was also the band’s most commercially successful album – led by singles “What Do I Have To Do?” and “Shame”. The video for the former received major MTV airtime in ’96 and helped push the album to gold status.

After the success of ‘Wither’, Stabbing Westward could have played it safe. They could have leaned on radio-friendly songs and taken advantage of late-90s MTV exposure. Instead, they released ‘Darkest Days’ – a brooding 65-minute concept album that can best be described as an emotional roller coaster. 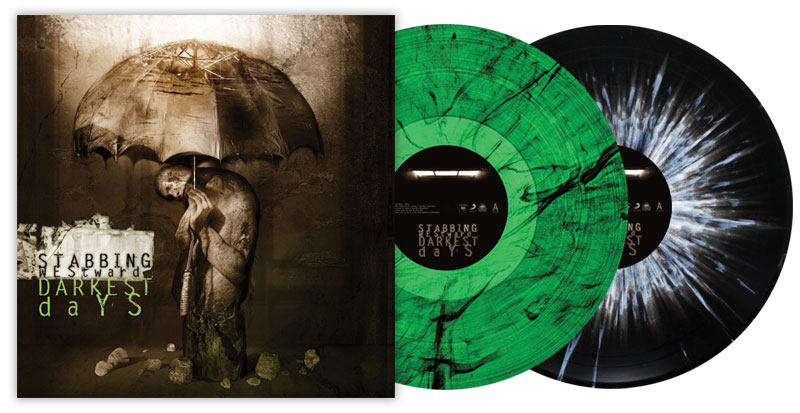 Part industrial rock, part alternative, and part guitar-driven metal, Darkest Days is lead by Christopher Hall’s vocals that alternate from desperate self-loathing pleas to fiery screams. The album set the band apart from their peers, but did still see some commercial success.

“Save Yourself” reached #4 on the U.S. Mainstream Rock chart, while “Haunting Me” peaked at #19 (the latter also made a prominent appearance in the sci-fi teen thriller The Faculty).

Both albums have been remastered for vinyl at Sony’s Battery Studios.

Pre-orders are now available, and are scheduled to ship in November.

Buy all four variants and save $20.