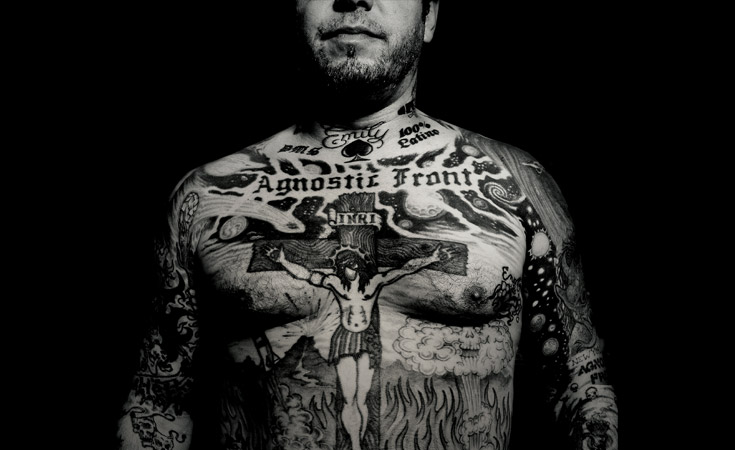 Wargod is very proud to announce the original score to ‘The Godfathers of Hardcore’ – the highly acclaimed documentary chronicling Roger Miret and Vinnie Stigma of Agnostic Front.

‘The Godfathers of Hardcore’ has been racking up accolades since it debuted its World Premiere at The DOCNYC Festival in November 2017. Rolling Stone called it “a dynamic, crucial companion piece to American Hardcore and The Decline of Western Civilization.”

Instead of taking the easy way out and throwing together a collection of Agnostic Front songs for the soundtrack, director Ian McFarland instead enlisted Aaron Drake to score the film. The results are beautifully haunting compositions. McFarland comments “I really wanted to do something different than what people would expect when watching this film. I decided early on that I wanted to try something unique and I could not be happier with the result of that decision.” Drake adds that there was still a level of inspiration taken from Agnostic Front’s output when scoring the film, noting “Even though Ian, smartly, didn’t want to use the band’s music in a typical way, I thought it could be a starting point for the score. So I put on my nerd glasses and did some slightly esoteric pre-compositional work using Schenkerian analysis. After analyzing “Victim in Pain,” I found the harmonic structure in the chorus popping up in a lot of other songs. I thought it should play an equal role in the score so it’s in virtually every cue in some way, like the motifs for ‘Writing the Future’ and ‘Mamá.'”

‘The Godfathers of Hardcore’ marks the seventh release for independent label, Wargod, who’ve steadily been making a name for themselves in the vinyl niche, offering releases as diverse as the True Romance soundtrack, the first two Eve 6 LPs, as well as releases for modern rock/metal outfits In This Moment and New Years Day.

Wargod co-founder Jay Reason comments, “As a label, Wargod has primarily focused on licensing, and ‘Godfathers’ gave us a unique opportunity to work together with the filmmakers from the inception of the project. Having grown up in the hardcore scene with Ian [McFarland], working together on an important release like this was a no-brainer.”

Pressed on 180gram colored vinyl and housed inside a gatefold jacket, the score for ‘The Godfathers of Hardcore’ hits participating Record Store Day retailers on April 21st.