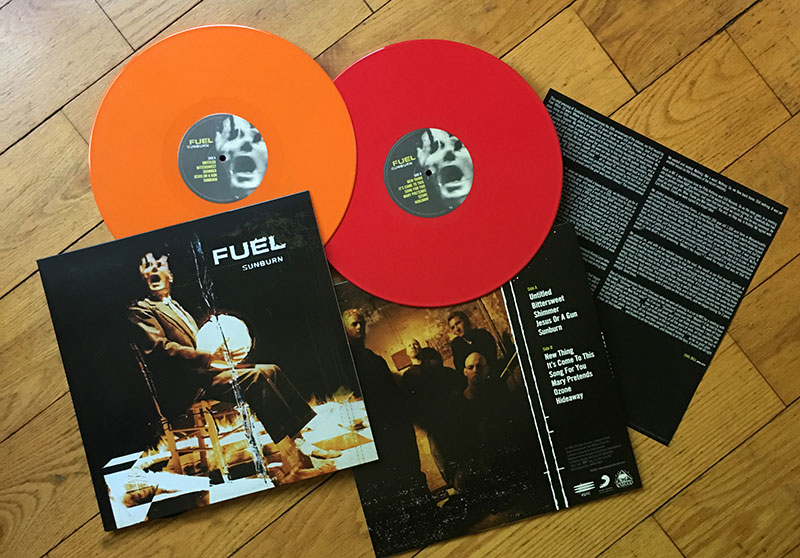 Pre-orders have gone out the door and Fuel’s debut LP ‘Sunburn’ is now available!

We still have a limited amount of each color available in our store.

It’s been two decades since Fuel first dropped their debut full length Sunburn. The album saw huge commercial success for the band, led by the single ’Shimmer’ cranking out of every alternative rock station on the planet in the Summer of ’98.

Sunburn was certified Platinum, selling in excess of one million copies, yet the original vinyl pressing is nearly impossible to find.

In celebration of its 20th anniversary, Wargod is proud to present Sunburn on vinyl format, officially licensed from Sony / Epic.