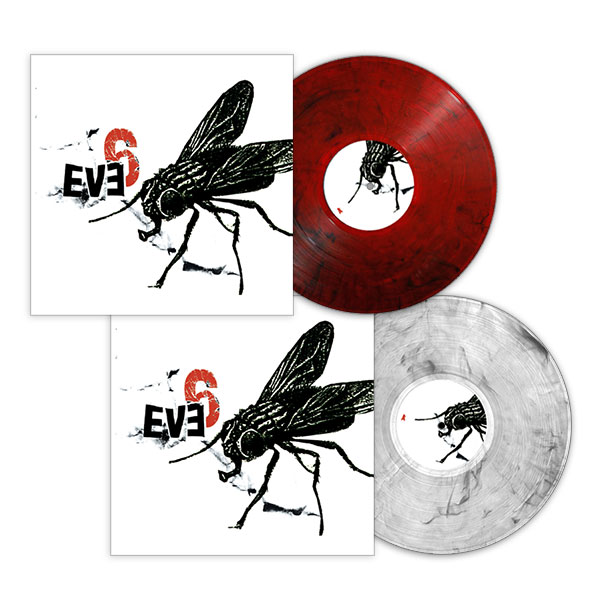 Eve 6 vinyl pre-orders are now live in our webstore!

The 90s rock staple first released their debut album in 1998 via RCA/Sony. The album received huge mainstream success, with the single “Inside Out” hitting #1 on modern rock radio. The album would ultimately achieve platinum status with sales in excess of 1 million copies.

The album has been remastered on 180 gram vinyl with 2 colored variations, including red/black swirl and clear/black swirl. Includes liner notes from the band.

Eve 6 guitarist Jon Siebels comments: “When we went into the studio in the summer of 1997 at the ripe age of 17 I had no idea that the demos we were recording for RCA would still be such a huge part of my life almost two decades later… The vinyl release of this record is yet one more gift from the great rock gods.”

We also have a limited 4×6 print set (/100) which includes six pieces inspired by the original album art. The prints are only available with our vinyl pre-orders.

Pre-orders are scheduled to ship late November, with an official release planned for December 9th.